Unlocking a regional plastics value chain between Mozambique and South Africa: Natural gas as a key

Plastics are universal and integrated into different sectors of the economy. Industrial policy requires countries to look at moving up the value chain and producing progressively more sophisticated products to contribute to improved economic development. The input materials that are used for industrial development need to be priced appropriately to unlock all the opportunities along the value chain.

South Africa has capabilities in producing a range of plastic products, but the industry is currently faced with barriers for growth

The price of polymers produced in South Africa is high, and production is based on the use of fossil fuels

As a result, the majority of polymers and plastic products in South Africa are imported from other countries

Used strategically, the large natural gas deposits in Mozambique could support a regional plastics value chain between the two countries

South Africa has technical capabilities, financial resources, and market demand which would benefit both countries in creating the regional plastics value chain

South Africa has a lot of capabilities in producing a range of plastic products. However, there are barriers to growing the industry. One of the binding constraints is at the input level of the plastic manufacturing, in the pricing of polymers — the material needed to manufacture plastic — that are produced in the country. In addition, production of polymers is based on the feedstock that is grounded in fossil fuels, which creates environmental problems.

South Africa’s plastic value chain is well-established with the upstream concentrated on one major polymer producer, Sasol, and one other smaller producer of polymers, Safripol. The growth of plastic manufacturing has been stagnant since the introduction of the pricing model that benchmarks the prices of polymers with international prices, which is costly for local manufacturers.

Polymers are major inputs into plastic manufacturing. As a result, their demand is inelastic. The high cost of inputs leads to companies operating in the plastics sector being unable to influence global prices, and not being able to pass on the fluctuations of input costs to the end user. Furthermore, it is difficult for local manufacturers to compete with their global counterparts. As a result, the industry is faced with an influx of imported polymers and plastic products.

Opportunities for a regional value chain

All significant industrial activities along the regional plastic value chain currently take place in South Africa, from the production of polymers to the supply of plastic products for the South African Development Community (SADC) region. For energy supply, South Africa imports natural gas and crude oil from Mozambique and Angola, respectively. 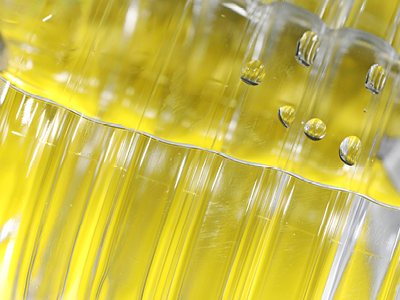 The rich natural gas deposits discovered relatively recently in Mozambique have shifted the country as a supplier to around fourth position globally. However, currently Mozambique exports the existing natural gas without any form of value add, which holds back the country’s economic development. The risk for Mozambique is to fall into the often-repeated trap of reliance on natural resource exports without further beneficiating and industrializing. Used strategically, these discoveries could support a regional plastics value chain between Mozambique and South Africa.

Natural gas has proved itself as a cleaner feedstock than coal and crude oil, and has gained popularity. The shift to cleaner, lower carbon-emitting alternatives provides prospects for beneficiation to take place in Mozambique and positions it ahead of Angola’s crude oil feedstock as an alternative for a regional chemicals or plastics value chain. As the world moves towards reducing greenhouse gas emissions, natural gas has potential for future-proofing the plastic industry against any negative association with petroleum or coal.

Establishing a chemical plant in Mozambique would bring opportunities for finding a coherent market for polymers in South Africa. Both countries can benefit, in that South Africa can obtain better priced and more appropriate inputs from Mozambique, and Mozambique can benefit by moving up the value chain from natural gas to the next stage of processing. 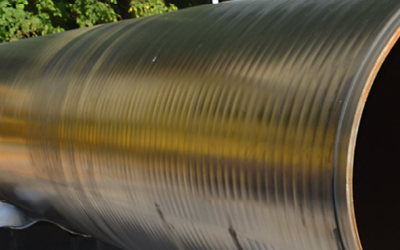 Natural gas is not the only option for reducing dependency on coal or petroleum as the feedstock for polymer production. Another viable option to explore in the upstream plastic value chain is the more environmentally-friendly process of polymer production from biomass feedstock. The production of biopolymers has not yet taken off, and is still at infancy stage in South Africa. Research is still under way to establish a robust source of bio-feedstock that can support the industry.

Other countries, especially in the Global North, have delved into the production of feedstock using green hydrogen as another alternative, and are taking steps to position themselves as the global leaders in green hydrogen production and suppliers. This is a new phenomenon in the southern hemisphere that is beginning to be researched in South Africa.

Under current circumstances, Mozambique’s natural gas is the most viable solution for a cleaner, low-cost alternative to the coal-based polymer production in South Africa. Investments in beneficiating this resource would support industrialization in Mozambique and unlock a regional plastics value chain between the countries.

Mozambique’s government has recognised this potential and developed a Natural Gas Master Plan that prioritizes chemical production within the country. This supportive policy space in Mozambique allows for value addition to natural gas before exports, opening up opportunities for much needed industrialization and job creation.

The regional market is small — thus the region will likely benefit from exporting polymers and plastic products globally.

The regional market is small — thus the region will likely benefit from exporting polymers and plastic products globally.

While the high cost of establishing a chemical plant seems to be a constraining factor, there are technical capabilities, financial resources, and market demand in South Africa. Moreover, the policy levers are in place in South Africa to support regional industrial development by providing labour, capital and technology to natural gas and beneficiation projects in Mozambique.

Unlocking a regional plastics value chain between Mozambique and South Africa: Natural gas as a key