Even though poverty and inequality have been of overriding concern in South Africa’s development policies and programmes since its democratization in 1994, measures of poverty, inequality, and related phenomena in the country do not show a clear improvement. In some important respects, they show significant worsening.

In recent decades, the increasing liberalization of financial markets and global trade has brought the role of currency exchange rates on larger macroeconomic phenomena under increasing scrutiny. Exchange rate behaviour may have not only aggregated consequences for macroeconomic stability but also distributional implications. For a nation attempting to tackle oversized inequality, understanding the effect of exchange rate volatility on distributional outcomes is important.

Research results show that a shock to exchange rate volatility of one standard deviation (one unit in the volatility) will cause the share of national income going to labour to decline by as much as 20% up to the fourth quarter, that is, within one year. Subsequently the share of income going to labour increases between the fifth and seventh quarters, before declining persistently. 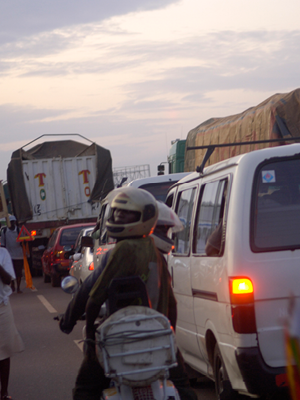 Income from capital investment is more unequally distributed than income from labour. This is particularly true in South Africa where only the top 23% of income earners reported receiving income from this source in 2014. In other words, for every four South Africans, only one will receive any income from investments, and this one will always be the wealthiest of the group. If this person’s income rises as a result, and the incomes of the other three South Africans fall, inequality will rise.

The distributional impact of international trade is not clear

The effect of exchange rate volatility may be more severe on economies that are highly integrated into the global economy, such as South Africa. Although trade may be expected to boost economic growth, its distributional impact is not very clear. Increased trade integration — a form of globalization— may lead to increased capital intensity, especially due to increased offshoring and outsourcing.

This may lead to a decrease in domestic demand for labour, and consequently in the labour share. Also, increased import competition may lead to worker displacement and an increase in capital intensity, also with the consequence of a falling labour share.

What is the distributional impact of economic growth in South Africa? 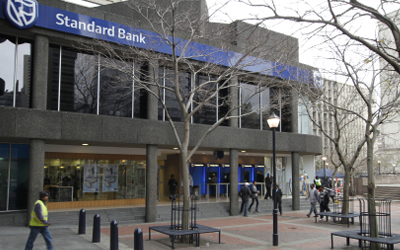 Economic growth may serve as a vehicle for providing more jobs through better financial and infrastructural development. Firms are more willing to invest when the economy is booming. If the larger share of the benefits accruing from economic growth goes to workers in the form of higher wages, then economic growth could lead to a higher labour income share.

However, if much of the benefit goes to investors in the form of profits paid as dividends to shareholders, instead of higher wages to workers, then economic growth could lead to a declining labour income share. If growth is to impact on inequality in the desired direction, it needs to be balanced and inclusive.

These findings have important implications. A lower labour income share implies that a larger fraction of gains from increased productivity accrues to capital. As the ownership of and returns from capital tend to be more concentrated at the upper end of the income distribution, a declining labour share will likely increase income inequality.

Policies aimed at reducing volatility in South Africa’s exchange rate should be promoted, since exchange rate volatility has distributional consequences that may also further affect the real economy

Optimal policies require a stable real exchange rate. While it is not the intention of the study to condemn floating or fixed exchange rate regimes, perhaps a well-managed float could be more pro-poor as it allows the monetary authority to smooth for those lacking market access and savings via its international capital market access.